A city isn't just defined by it's cool, trendy, new things.   There is also the old, barely used things that give a city it's character.   The West Bottoms is currently have a resurgence after decades of mistreatment.   It's still pretty under used, but it's a really cool part of KC with old brick buildings, and different architectures.   This fire escape caught my eye, and the large slide next to it for one of the haunted houses that open in October. 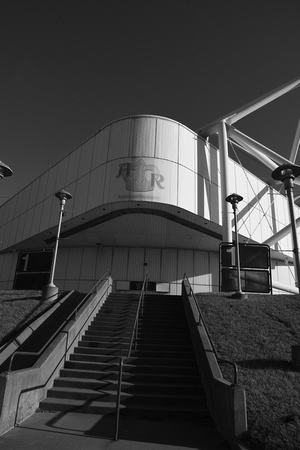 Speaking of unused places, at one end of the West Bottoms sits Kemper Arena.  Aside from the American Royal, I am not sure that Kemper has been used in over a decade. 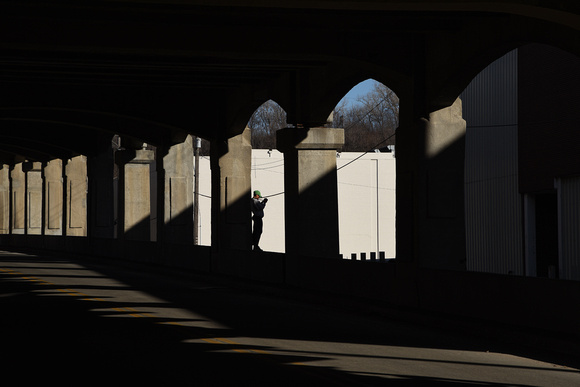 And apparently I was not the only photog out in the West Bottoms.   These days I don't think I am ever down there without seeing at least one other photographer, this day I saw 3 other than myself.