After week one and the freezing temps, I decided inside might be a better option for this week's photo,  so to the Central Library I went.   The downtown library is what everyone I know calls it and it's a good stop for anyone that is taking a tourist day in Kansas City.   The building that houses the library was built in 1895 by W.F. Hackney but was not the original downtown library.   That honor goes to a building at 9th and Locust, which now house Ozark National Insurance.   The building at 9th and Locust was built by none other than W.F. Hackney.  The current building was originally a bank (I believe) and is a beautiful 5 story building with grand stairways, hallways, wood panels, marble, and everything you could want and would picture in a library from the 1800's in the heart of a city.   The problem with my evening was that I wanted to photograph all the rows and rows of old leather bound periodicals, and the dark room filled with wood accents up on the 5th floor.  Too bad for me, the periodicals have been taken down recently for their protection and that really cool room up on five was holding an event.  So that did not work out the way I had planned, but the library was still a good place to hang out for a while and take pictures.  If you plan on taking pictures there, remember it's a library and be as quiet as you can.

The other pictures are from the Milwaukee Delicatessen Company, just up the block from the library in the Historic Cosby Hotel building.  The Deli was originally there in the 20's but closed around 1940.   The new one is in the same spot and even has a picture of it's namesake from the end of prohibition.  I had a very unique take on a pulled pork sandwich that was very enjoyable and my wife went with a calzone that she liked.  Its a cool little corner bar/deli.   Stop by and enjoy a pint. 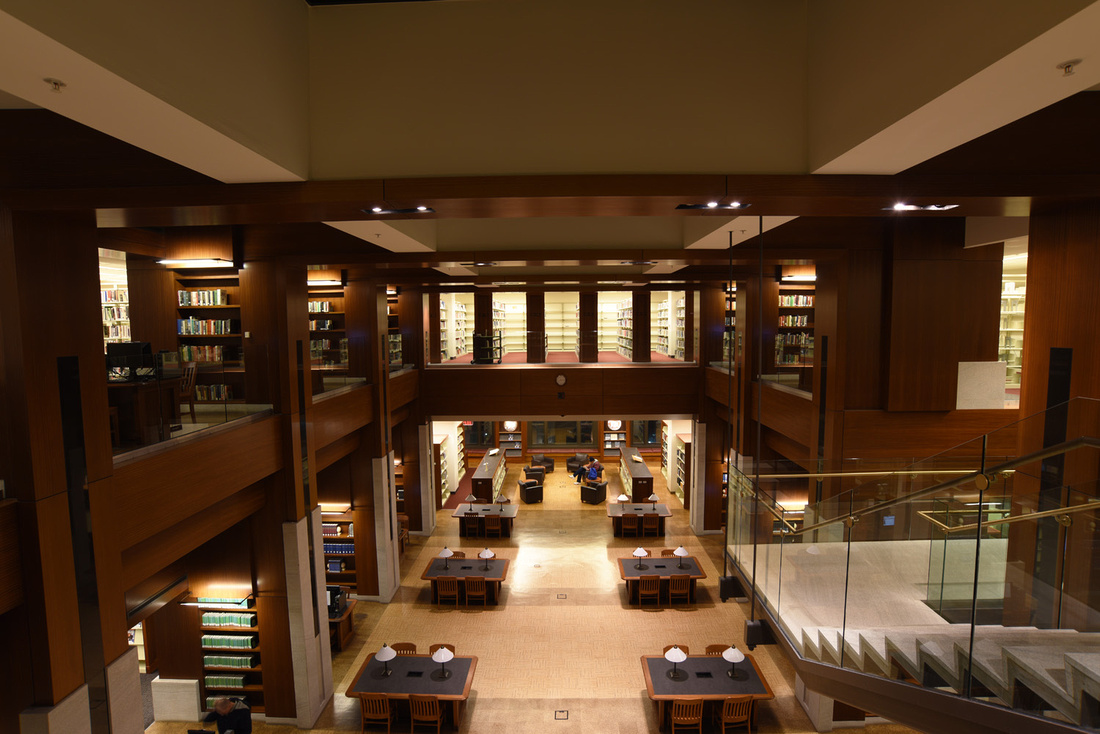 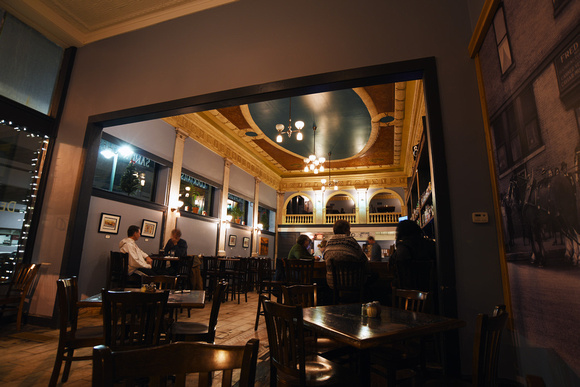 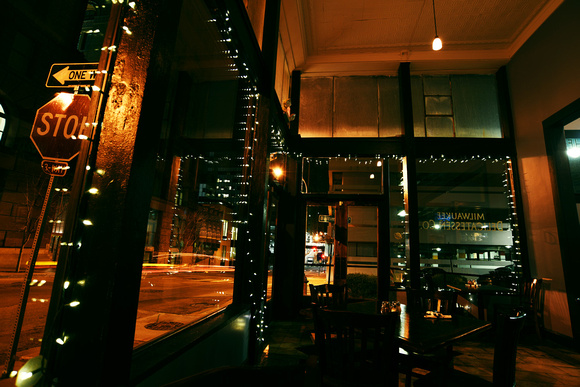